President Trump has, over and over again, proven to be a President like no other. In fact, when Donald J. Trump entered the political arena, he was not a politician with political experience, not a bureaucrat who focuses on what is best for D.C., over the nation, but instead he was a businessman. A man who was never afraid of hard work, and continues to be unafraid to get down into the trenches, and get his hands dirty with the common working men and women in his companies, and now the workers throughout our nation. He’s an outsider, who shocks and bewilders the career politicians, who have allowed themselves to become a part of the problem, rather than the solution.

However, although President Trump isn’t a politician, he certainly knows his way around the political arena. He knows how to get things done, and get things done he certainly does. But, he also expects those who work for him, and those who work with him to work hard as well. In fact, President Trump has pushed Congress to pass the ‘Tax Cuts and Jobs Act’, which has led our economy to reach some of the greatest records in history. He has brought about the lowest unemployment rate in history for men, women, hispanics, and blacks. He has created more jobs than people to fill those jobs. He has brought North Korea to the nogotiating table. President Trump has left more money in the pockets of American’s, while creating even greater income for the government. The President has begun to lower the national debt, and is preparing to streamline our bloated federal bureacracy.

Interestingly, despite his record of helping the ‘average American’, Democrats and Republican Establishment Elitists continue to berate and attack the President. Regardless, President Trump shows that he is not like any President before. Therefore, as Congress continues to drag its feet, while Congressional Democrats ‘resist’ every piece of legislation and action, while Congressional Fabian-Rino Establishment Republicans continue to stonewall and block his agenda, still President Trump continues to perservere and fight for ‘We the People’. Therefore, as Congress fails to fillfill the promises that they made to American’s, President Trump once again showed himself to be ‘The People’s President.’

Last Thursday was supposed to be the date for the ‘annual congressional picnic’, which is a yearly elaborate and expensive meal that is served to all the Establishment Congressional Elitists in Washington D.C..

Below are some pictures of the steaks, to be served to Congressional leadership 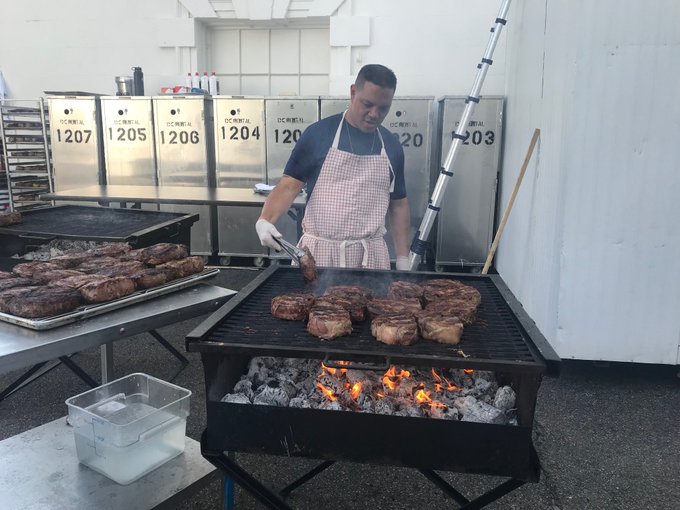 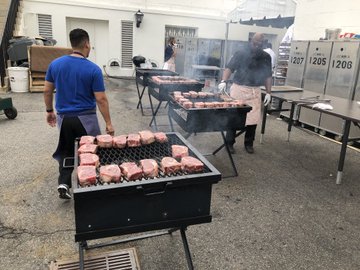 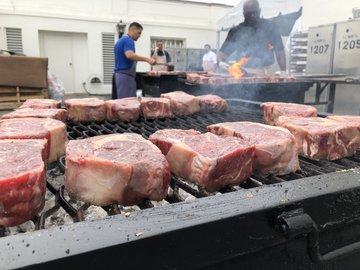 President Trump mentioned how the immigration issue continues to pervade Washington, and discussed his plans to sign an executive action that would end the family separations that were established by the Bush Administration and his Democratically controlled Congress, and allowed by the Obama Administration. A move that he made last week. However, he insisted that only Congress could fix the highly controversial policy of the 1990’s and said that they needed to get to work. He stated…

“I was just walking over to the Oval Office and I said, you know, it doesn’t feel right to have a picnic for Congress when we’re working on doing something very important,” he said in a meeting with lawmakers at the White House. “It didn’t feel exactly right to me.”

However, the President didn’t want to waste the meal that included juicy and mouth-watering ribeyes, so he did what Trump does best. He had them delivered to Walter Reed National Military Medical Center. Therefore on Friday, President Trump had the food delivered to patients, caregivers, and employees at the Warrior and Family Center in Bethesda Maryland.

So Progressive’s, Socialist, Communists, Anti-Trumpers, Establishment Rino-Republicans and Democrats can call the President a racist, bigot, deplorable, nazi, or any other number of derogatory names in the book. But in the end, he may not be a Democrat President, or even act like an Establishment Republican President, but he continues to prove himself to be a man of honor, a man of the people, or as many are now calling him….”The People’s President”.